Founded by Alberto Casse in 1998, Olimpionica ski school includes in its organic ski instructors, snowboard and telemark instructors with various specializations such as teaching the child in the new school and in free-ride. Several are also specialized federal coaches and there is a national snowboard instructor the school. 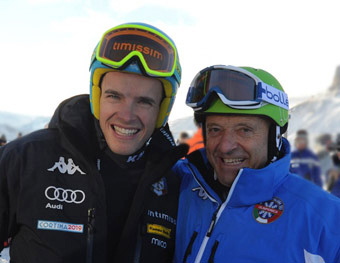 Alberto Casse is the technical director of Olimpionica ski school. Passion, experience and hard work have always been the basis for the achievement of various sporting merits and great personal satisfactions.

This is what our school aims to transmit to its students.